"In historical perspective, visionaries are the genuine realists"

Nova EUropa considers itself a modern centrist movement whose members commit to common republican values (valeurs républicaines), to the economic model of the eco-social market economy and to the goal of the foundation of a federal European State, the “European Republic”, consisting of continental European EU-member states around France, Germany and Italy. 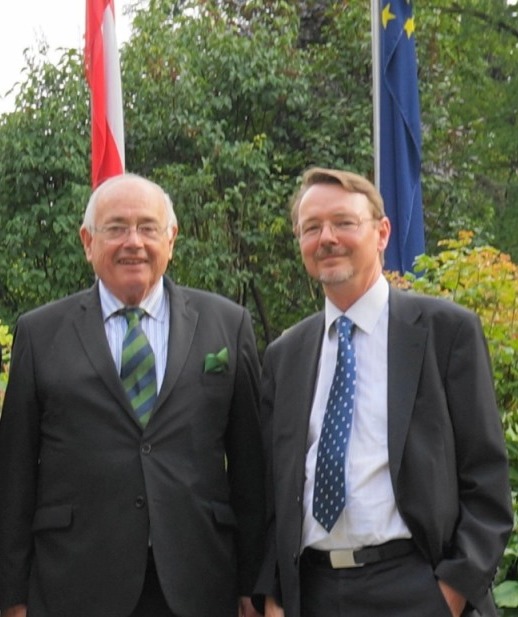 “The globalisation of the neoliberal ideology needs to be replaced by the globalisation of an ecologically sustainable, social market economy. Only a strong European state, the “European Republic”, will be able to change the global economic order – together with like-minded states.”
Only by establishing a core-European federation – the “European Republic” – Europe will be able to develop from a plaything of foreign powers and financial markets to a real and powerful global player.”
Karl Koller, President

"The term 'European Republic' includes what the French call 'valeurs républicaines' and the Germans 'wehrhafte Demokratie'. With the term 'Republic' we do not only associate democracy but also the citizen and his civil rights, freedom, equality, the laical or at least the secular state - and especially in the sense of a modern understanding of citizens - gender equality."
Former Second President of the Austrian Parliament,
Heinrich Neisser, President

In the 2nd decade of the 21st century, Europe and the world are facing big challenges:

In order to successfully meet these challenges we need a European federation with substantial economic and political capabilities. In 2011, Nova EUropa published a three-stage plan for the stabilisation of the euro and the democratisation of the Eurozone.

1. Unlimited buying of government bonds of the member states of the euro area by the European Central Bank

2. Establishment of a European Economic Federation by the euro area member states

View the map of Europe and the world map after the foundation of the European Economic Federation (later European Republic).